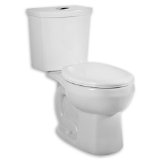 Meanwhile, we’re still waiting to hear about how many people have or have not paid their dues for this year (2016), following the release of the Hoffman Report. These numbers tend to trickle out later.

Many people have been leaving APA and APAPO due to dissatisfaction with APA and APAPO. Dues revenue is also decreasing due to the aging of APA members (much like the psychology workforce in general), as older APA members move to life member status and pay very little for APA membership.

One positive: it was noted that APAPO may start an APAPO member listserv for the practice community which I believe, if done right, could be beneficial to members. It will be interesting to see how heavy-handed the moderators might be given that there could end up being something like 20,000 disgruntled psychologists on the list. I fully support an email list serv for APAPO members that allows members to engage in a free-flowing discussion without heavy-handed moderation (such as a moderator review of each message before it is posted).

P.S.
Remember to check out the website at http://www.psychology.news where you can see some preorder deals on my new books coming out this year (and get a huge list of referral sources). You may also want to subscribe to get new blog posts sent right to your email because later this week I’ll be posting the next Referral Source of the Month! You won’t want to miss another post.