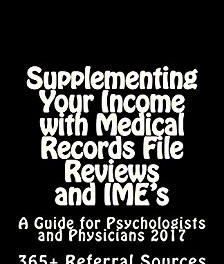 Psychologists, we don’t get to be “Yes-Men” (or no men either). Any opinion we offer, whether on a disability case or something else, must be well-supported by the facts and consider all of the facts (not just the ones that support our conclusions).

Here is a relevant news story:

A fugitive Kentucky lawyer at the center of a nearly $600 million Social Security fraud case has fled the country using a fake passport and has gotten help from someone overseas with a job to help support himself according to this article. While the lawyer is living in a country without extradition to the U.S., the psychologist who helped him out may end up with a vacation of a different kind. He is awaiting sentence after being convicted “for His Role in $600 Million Social Security Disability Scheme.” Per the article: According to the trial evidence, Adkins performed perfunctory evaluations of claimants referred to him by Conn and used boilerplate reports to detail conditions to support disability findings. Additionally, the trial evidence showed that Adkins, at Conn’s request, altered his findings on certain reports and ultimately signed forms prepared by Conn purporting to show that claimants qualified for disability benefits, whether or not they did. Conn then submitted these artificially disabling reports and falsified forms to Daugherty and other administrative law judges in support of disability determinations.

Perhaps this psychologist thought it was harmless to essentially rubber-stamp disability opinions or that he was helping the claimants. Sometimes I think it is easy for psychologists who are treating a patient to fall into a somewhat similar trap (though not on such a grand scale perhaps). Remember, however, that you are offering a forensic opinion and should be aware of what that entails.

We should do everything we can to keep bias out of the equation in relation to our opinions (whether that is based on not wanting to upset a patient or not wanting to upset a referral source who is sending us checks). I discussed this at length in my who butters your bread blog post some time ago; read it here:
http://psychology.news/news/2016/05/12/ethics-post-psychologists-does-it-matter-who-butters-your-bread/

While my Psychology.news blog posts are not very frequent, you can read more from me every week about medical records reviews and independent medical examinations if you subscribe to my free, weekly e-mail newsletter. It comes out every Sunday morning. You can learn more about that at http://www.ReviewsandIMEs.com

P.S. Would you like to find hundreds of referral sources for records reviews and/or exams? Here is a great big list for you.