The American Psychological Association declares victory by forming APAIP
The APAPO “Membership Meter” is in the red– let’s push the needle to zero ourselves (then celebrate). It is necessary to destroy APAPO to save it. 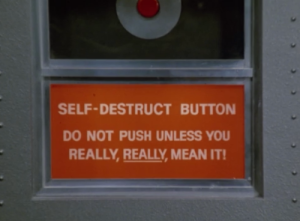 April 1, 2018; Washington, DC: The American Psychological Association (APA) declared victory today in its ongoing quest to rid itself of psychologists. The number of psychologists paying membership dues to the APA Practice Organization has been in steep decline and APA leaders now intend to press the self-destruct button on APAPO this September 2018. In that way the total number of APAPO members will become exactly zero (because APAPO will no longer exist).

A spokesperson for APA noted “in order to best represent practitioners we’re going to dissolve the organization dedicated to representing practitioners. We’ll also stop receiving the APAPO dues money from them that we use to lobby for practice issues.” The spokesperson went on to note that instead “we’ll hypothetically dedicate an unknown percentage of APA membership dues for a wide range of advocacy issues that would happen to also include practice issues if we wanted to if something kind of sort of happened to come up. We’d figure that out from year to year without telling you in advance.” APA would do this via the new “American Psychological Association Institute for Psychology.” The APA Board would of course be in control regardless of whether or not they were practitioners themselves. When the spokesperson was asked why they couldn’t collect both APA Practice Association dues and have an additional percentage of APA membership dues go to 501(c)(6) advocacy on top of what goes to the APA Practice Organization the spokesperson stated that their goal was not to prop up “failing, outdated private practices.” “The APA Practice Organization had been too focused on the poor quality practices of the past and not on the future such as charging members for our quality measure data registries. If we kept APAPO we’d be tempted to try to prop up failing practice models like fee-for-service practice.”

The spokesperson stated “we will spread the advocacy more evenly between practice issues, research, education and of course the public interest advocacy that is critical to psychology such as enacting an assault weapons ban, affirmative action, DACA and climate change. Our advocacy mission will be driven by whatever Democrats are upset about in the current news cycle. Stay tuned for our ‘how-to-talk-to-your-kids about Trump sleeping with a porn star’ article on Facebook.” The spokesperson was asked if they thought it really was necessary to de-fund the American Psychological Association Practice Organization (APAPO) to create the American Psychological Association Institute for Psychology (APAIP). The spokesperson responded “how much 501(c)(6) advocacy money do you think we need? If we were well-funded with both APAPO and APAIP 501(c)(6) funds we’d no longer have any excuses for the many failures we’ve had- particularly when it comes to prescription privileges or the physician definition.”

The spokesperson reported that APA is dedicated to the abbreviation APAIP but has not ruled out the possibility of changing what APAIP stands for. They note that the APA Institute for Psychology (APAIP) name still suggests some hope for effective practice advocacy and therefore may lack sufficient truth-in-advertising for members. The APA spokesperson noted that APA is considering several alternative terms. What will APAIP stand for when the dust settles? The APA spokesperson had ideas.

What does APAIP stand for? Here are some options:

The APA spokesperson was asked “Regardless of what it is called; is it reasonable to believe that members will get a full, transparent accounting of how the 501(c)(6) money is spent?” The APA spokesperson replied “no; that is unrealistic. We won’t be able to tell you how much is spent on practice issues versus other things that are equally or perhaps even more important to psychology such as gun control.” The APA spokesperson noted that “Heck, our ‘public interest’ mission has even taken over the science advocacy piece- we’ll even be focusing on gun control– not psychological science– during the upcoming March for Science.”

Clearly, transparency is no longer as important to APA as it was when this blog post about the APA Board of Directors was written.

Do you want to read more April 1st satirical blog posts from me? This is my third annual April First post. You can read the one from last year April 1, 2017: ASPPB Partners with Amazon to Disrupt Mental Health with EPPP Step 2 and/or read the one from two years ago April 1, 2016 American Psychological Association to end use of APA Style by 2020.

Want to have some fun? Brighten my day and e-mail me what else you think APAIP could stand for at toddfinnerty@toddfinnerty.com. BE CREATIVE! What is something clever that fits the A-P-A-I-P abbreviation?

Please just promise to NOT send me something like this; APAIP: “Abusing Prisoners At Illegal Prisons.” That would be a real downer. 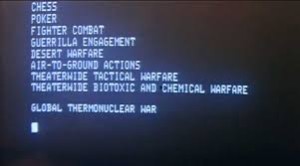 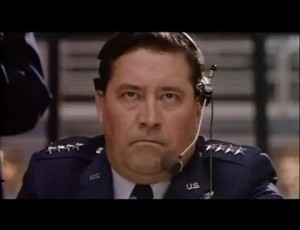 You can subscribe to get new Psychology.news blog posts delivered to you by email if you haven’t already.

Are you interested in medical records reviews and/or independent medical examinations? Check out my free weekly email newsletter and referral source directory.

Update: The new-ish 501(c)(g) will likely be called American Psychological Association Services, Inc. (APASI), not APAIP, but both the 501 (c)(3) APA and 501(c)(6) APASI organization will likely just be known publicly as APA.