Just in time for election day– on election day– your friendly neighborhood “scientific” organization the American Psychological Association has released the latest iteration of the Stress in America survey literally titled, and I am not making this up, “Stress in America 2019: Stress over election, health care and mass shootings (Nov. 5, 2019)” They note “A year before the 2020 presidential election, Americans report various issues in the news as significant sources of stress, including health care, mass shootings and the upcoming election, according to this year’s Stress in America™ survey by the American Psychological Association.” It is funny because their stressors often echo the political issues they want to talk about (instead of psychology, frankly).

This, “science,” released to the media on election day and reviewed and put together by the public relations professionals at the American Psychological Association reminds me of a past critical blog post I wrote that included the question: Do scientific associations really need to commission polls? How do you prefer your science/pseudoscience- served up by public relations professionals and pollsters or actually peer reviewed? Why would anyone question the merits of psychology as a science when APA’s flagship public relations effort is based on a poll that they had to hire some company to conduct? [sarcasm] Here is the post from a few years back: Is it time to re-envision APA’s Stress in America survey?

For more background reading: Previous blog posts from me including “The American Psychological Association (APA) wants to take your guns” and how APA pursued a gun control agenda at the March for Science instead of defending science (and specifically the science of psychology): “How much money should APA (the American Psychological Association) spend on gun control?”

Thanks, I’m not really back writing blog posts here regularly but I will probably still come out of the woods once-in-a while. 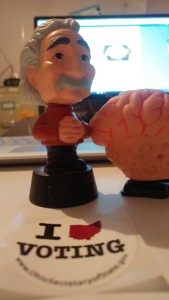